Running and The Thyroid

The first time that I really thought about the thyroid gland outside of anatomy class was when it was brought into the light (read: “grey”) by the Nike Oregon Project. It was reported that athletes were being treated as having hypothyroidism, seemingly regardless of a legitimate thyroid condition. In the ensuing articles, it was noted that synthetic thyroid increases natural testosterone, contributes to weight loss, and increases metabolism; all of which may improve athletic performance and/or recovery.

So here I am, sitting in Backroads Brews and Shoes, armed with a blank Word Document and the almighty internet, ready to satiate that inquisitive chord about the associations of thyroid function and athletic performance.

I began by thinking about what I already know about the thyroid, unsurprisingly, it wasn’t much. I’m going to start this post under the assumption that you know very little about the thyroid, and hopefully together we can become a little more enlightened on the subject!

Level 1: What is the Thyroid? What does it do?

The thyroid is a gland located in the neck, below the Adam’s apple, around the trachea. It is an endocrine gland, which means it releases its products (hormones) into the blood for circulation throughout the body. There are two main types of cells within the thyroid; follicular cells release triiodothyronine (T3) and thyroxine (T4), while parafollicular cells release calcitonin (which I won’t focus on here, but calcitonin decreases blood calcium levels and increases osteoblast (bone building) activity). Sounding a little too technical? Let’s break it down a little.

T3 and T4 are the classic thyroid hormones we have grown to love, but what do they do? Primarily, thyroid hormones regulate basal metabolic rate, which you can think of as resting metabolism; when we have high levels of these hormones, we burn more calories at all times. (There are other cardiac, metabolic, oxidative, and developmental effects, which I’ll get into below).

Although there are two predominant thyroid hormones, T3 is the metabolically active form, and when our body needs to increase the processes that require thyroid hormones, our body converts the less active form (T4) into T3 to maximize utilization. When T3 is active, it increases things like heart rate, cardiac output (volume of blood circulating per minute), ventilation rate, and can increase the body’s sensitivity to catecholamines (including epinephrine (adrenaline)). Thyroid hormones also increase thermogenesis, or the body’s ability to produce heat, as well as the ability to breakdown proteins, carbohydrates, and fats.

The nice thing about thyroid hormone regulation is that it’s fairly straightforward at the basic level (If any endocrinologists are reading this, excuse my naivety). I’ve made a quick diagram (below) about how this regulation takes place. Basically, the hypothalamus (in the brain) kicks off the thyroid-hormone party by secreting thyrotropin releasing hormone (TRH) through a unique portal system that runs between the hypothalamus and the anterior pituitary gland. TRH acts on the anterior pituitary gland to increase the release of Thyroid Stimulating Hormone (TSH), which is released into the bloodstream. TSH acts directly on the follicular cells of the thyroid to increase the secretion of T3 and T4 into the bloodstream.

Thyroid levels in the blood

When thyroid levels are picked up on blood tests, there are a few numbers of key interest.

Obviously, the levels of the free thyroid hormones themselves (T3 and T4) are important, these indicate how much thyroid hormone is actually circulating in the blood, ready to act on cells and stimulate the functions noted above. Another important level to spot is the TSH. When there are a high amounts of thyroid hormones in the blood, an inhibitory signal is sent to both the anterior pituitary and the hypothalamus, telling them both to slow their secretion rates, because the body doesn’t need any more.

*Note: This is generally what happens, although if there are alterations in TSH, it also has the potential to be a pituitary problem.

Normal blood levels of TSH are between 0.4-5.0mU/L according to the Medical Council of Canada. If the levels of TSH are 5-10mU/L and you have low T3 and T4 levels, then you may have a subclinical underactive thyroid gland. If TSH levels are over 10mU/L, then you should see your doctor, as this is in the clinical category of treatment.

The next thing to consider is what’s called a Thyroid Peroxidase Antibody Test. Thyroid peroxidase is one of the key enzymes that is involved with the production of the thyroid hormones. In thyroid autoimmune conditions, where the body attacks itself, elevated levels of thyroid peroxidase antibodies are in the blood. In patients with subclinical hypothyroidism, elevated levels of this antibody predict an increased risk of developing explicit hypothyroidism.

It’s a combination of all these test values that can contribute to thyroid disorders. For example, someone who is complaining of fatigue with a TSH level of 7 (subclinical), low free T3 in the blood, and a positive TPO antibody test, would most likely be treated medically with subclinical hypothyroidism.

*I’m not a doctor (yet, I'm still in school), you should consult your personal doctors for individual medical advice.

What happens when you have an underactive or overactive thyroid?

Hypothyroidism: Reduced levels of thyroid hormones in the body lead to decreases in metabolic function. When this happens, the turnover of the body’s processes slows down, we see a reduction in energy expenditure, weight gain, reduction in body heat, decreases in fat breakdown, sensitivity to cold, depression, etc.

Level 3: How is running performance affected by thyroid function?

Still with me? Good, because now we get into the fun stuff!

Running performance is both indirectly and directly affected by thyroid function. Indirectly (to running), thyroid hormones effect metabolism, and directly through ion-initiated cardiac function and mitochondrial function (yes, the 'powerhouse of the cell').

Although the specific targets of thyroid hormones on metabolism have not been determined, thyroid hormones stimulate both ATP and heat production. ATP is the molecule that our body uses for energy, and the production of it gives off heat as a by-product. The method that thyroid hormones accomplish this is complex. Suggested in a review published in 2015 (Mullur, et al., 2015), thyroid hormones alter ion channels (think sodium, potassium, hydrogen, etc.) in our cells, including a proton leak in the mitochondria, which eventually leads to an overdrive in the process of oxidative capacity. Although there is a decrease in overall efficiency of production, the net effect is more ATP being made, which requires greater breakdown of macromolecules like carbohydrates, fats, and proteins. This is the greatest contributor to the increase in metabolic rate we see with thyroid hormones.

We know that thyroid hormones contribute to the activation of energy-production within a cell, but do they have any influence on the production of new mitochondria? A study published in the journal Autophagy (Yau et al., 2019) suggests that T3 increases brown adipose tissue (BAT) activation by increasing mitochondrial biogenesis (the production of new mitochondria). When BAT is activated it’s shown to increase thermogenesis, improve insulin sensitivity, as well as aid in bone health and density.

This thought that thyroid hormones effect endurance exercise directly is hardly a new one. Back in 1984, a study in the Journal of Experimental Biology (John-Alder, 1984) demonstrated that decreased levels of thyroid hormone (accomplished by removal of the thyroid) led to a reduction in VO2max (the maximal rate of consumption of oxygen), as well as decreases in the mitochondria’s ability to utilize oxygen. More recently, a Nature Endocrinology Review (Salvatore et al., 2014) discussed thyroid hormones and their effect on skeletal muscle. At the direct genetic level, T3 effects muscle by upregulating (increasing the activity) of a gene called PGC-1α, which stimulates the production of mitochondria.

Does running lower the amount of natural thyroid hormones in the body?

A study in the Clinical Journal of Sports Medicine (Matsumura et al., 2015) of female master's athletes suggested that total running mileage and intensity were not indicators for increased risk of developing hypothyroidism. A minor (and probably sample size and recall-biased) finding was that women who started running under the age of 10 were more likely to have an underactive thyroid. It was interesting to note that in the study, over 12% of the 1222 women had hypothyroidism, which is a portion greater than the national average.

Too much of a good thing?

You probably have some similar questions to me when it comes to thyroid hormones; What if you take thyroid medication and you don’t need it? This is where Nike Oregon Project affiliate and Houston-based endocrinologist Dr. Jeffery Brown toed the line of ‘grey.’ He was known for prescribing synthetic thyroid medication for people (especially athletes) with TSH levels over 2. This was well within the normal ranges of both the Canadian and American authorities on thyroid function. However, the National Academy of Clinical Biochemistry have suggested that over 90% of people with normal thyroid function have TSH levels below 2.5mU/L (Baloch et al., 2003). This is where the term 'reference range' becomes muddied.

Is there a negative side to too much thyroid hormone?

Taking excess thyroid hormone can lead to a condition called thyrotoxicosis factitia. This is within a subgroup of hyperthyroidism, and it leads to similar effects. Patients can experience things like fatigue, extreme muscle weakness, sensitivity to heat, irritability, tremors, and inability to sleep. One of the more severe complications from ingesting excess thyroid hormone is the potential to develop a heart condition like atrial fibrillation or an arrythmia, due to the changes in ion balance within cardiac cells. An article in the journal PLoS (Weltman, 2012) suggested that when taking excess thyroid medication, the function of the heart’s left ventricle declined, in part due to fibrosis (the thickening or scarring of connective tissue) within cardiac cells. This is important because the left ventricle of the heart is the area responsible for distribution of blood, containing oxygen and nutrients, to the entire body.

It’s important to note that most studies on the effect of thyroid hormones were done by either removing the thyroid gland completely or using a knockdown/knockout model (reducing/eliminating the genetic capabilities of thyroid production). In these cases, the researchers were looking at a healthy vs. severely affected thyroid. Clearly, this is not the best comparison to the world of high-performance endurance athletics. The study that may come the closest was a 2010 study from the journal Hormone and Metabolic Research (Kvetny et al., 2010) where they found that treatment of subclinical hypothyroid increased mitochondrial function at rest.

The question that remains unanswered in my mind:

What values define a “unaltered athlete?”

The World Anti-Doping Agency made the decision to not ban synthetic thyroid for elite athletes, which in my mind is the right call (Here are the minutes from their meeting). When the body does not produce enough thyroid hormones to function normally, it is a physiological issue that should be corrected. If uncorrected, there are long term implications that go well beyond sport (there are things beyond sport, believe it or not). Also, there is no evidence (to my knowledge) that synthetic thyroid ingested by a person with hypothyroidism improves performance beyond that of a person with a functional thyroid. All in all, the body tightly controls thyroid hormone levels and any deviation from those ranges will most likely have disadvantageous effects on performance.

That being said, in times when incremental gains are where medals are won and careers are made, I’m glad the athletic world is on the side of cynicism.

Along with my newfound knowledge of thyroid function, I've learned the importance of a directed question. This was my attempt at a short introduction to a broad and complex topic which there is no straightforward answer; that's science (for better or worse), hopefully you enjoyed it! 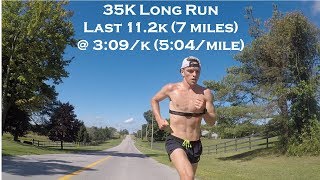 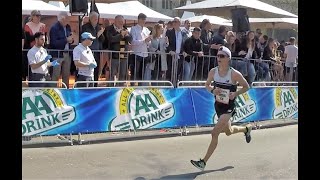 Running and The Thyroid 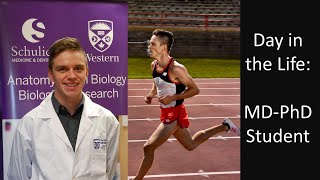 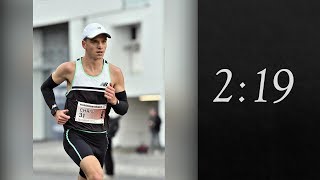 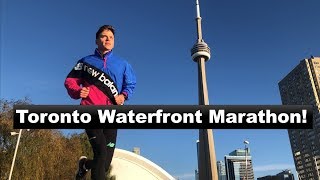 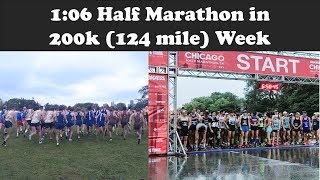 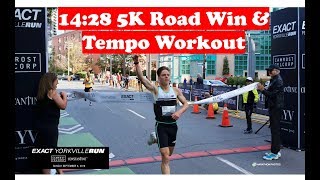 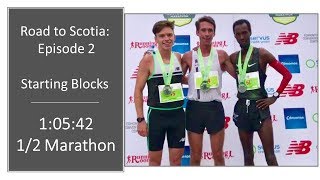 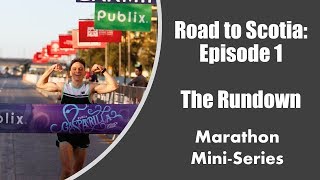 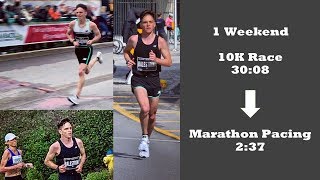 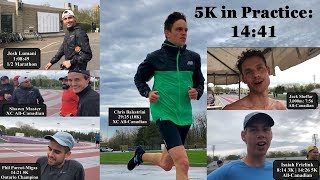